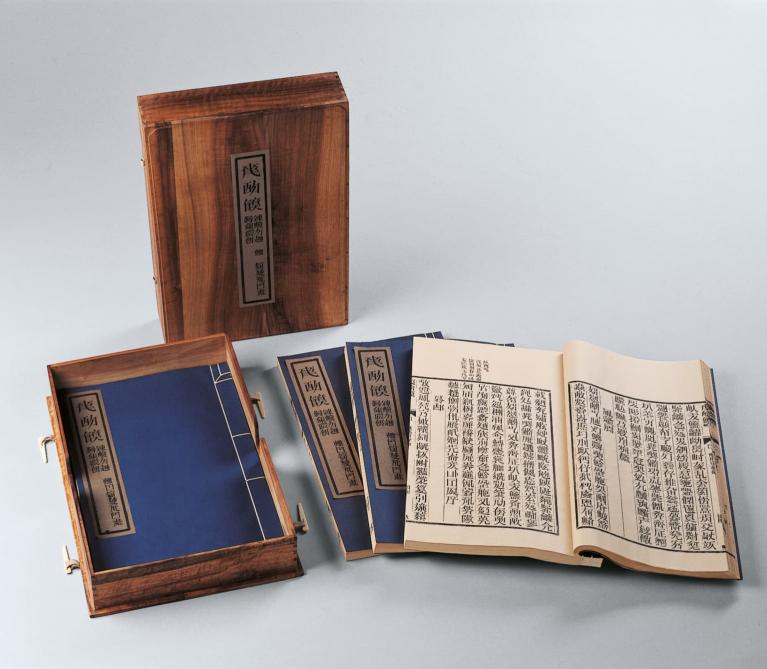 Book from the Sky contains four thousand invented symbols that have the appearance of Chinese characters but are intentionally without meaning, rendering all readers illiterate. At first many viewers didn’t realize that the text in this work—a critique of the Maoist government’s cooption of language and manipulation of education—was unreadable. Printed from hand-carved wooden blocks with traditional Chinese typesetting techniques, the nonsensical book was severely criticized as a mockery of culture. It has not been shown in China since 1989, when several sets of the book along with printed rolls of paper suspended from the ceiling were included in the China/Avant Garde exhibition in Beijing that became linked to the June 4 student demonstrations in Tiananmen Square four months later.