A Symposium on the Inscription of Buddhist Scriptures on Stone

10 00 am
6 00 pm
Betts Auditorium
Organized by the Buddhist Studies Workshop and cosponsored by the Department of Religion, the P.Y. and Kinmay W. Tang Center for East Asian Art, the Program in East Asian Studies, the Center for the Study of Religion, and the Silk Road Project 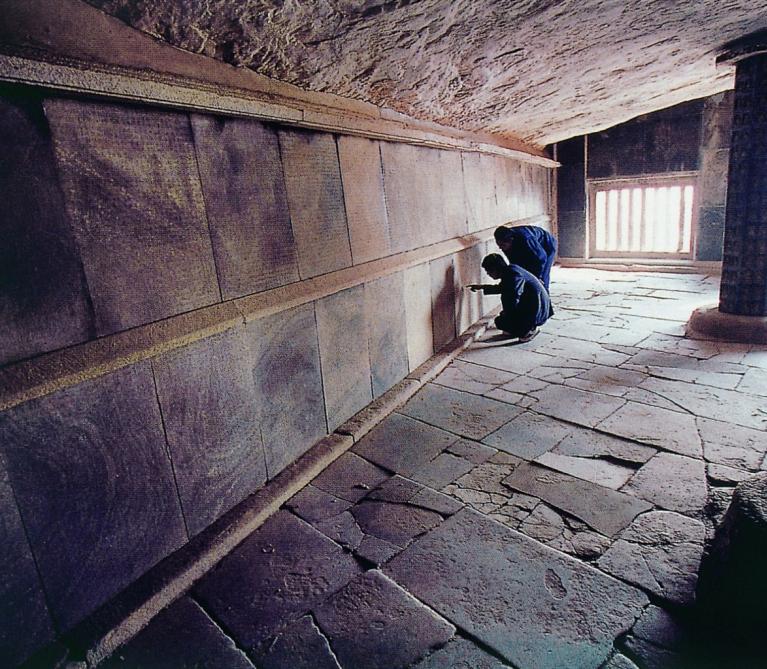 Chinese Buddhists began to prepare for the apocalypse in the sixth century by carving the Buddhist canon into stone. In the most massive projects, texts on stone slabs were set into the walls of caves and buried underground or in vaults. Other believers tried to preserve the Buddhist law (Dharma) by arranging sūtras and statues of Buddhas on natural cliff-faces to form multimedia ritual environments.

Since 2005 a multidisciplinary team sponsored by the Heidelberg Academy has been researching Buddhist stone inscriptions in China. This public symposium presents this project to a general audience and reflects on the practice of inscribing sūtras on stone from a variety of disciplinary perspectives and in contexts outside of China.