EXHIBITION
Chigusa and the Art of Tea in Japan

Princeton University Art Museum
"Chigusa and the Art of Tea in Japan" is organized by the Smithsonian’s Freer Gallery of Art and Arthur M. Sackler Gallery with major funding from Toshiba International Foundation—25 years of supporting the arts. Generous support is also provided by Mitsubishi Corporation (Americas); Dr. Sachiko Kuno and Dr. Ryuji Ueno; Jay and Toshiko Tompkins; anonymous; the Mary Livingston Griggs and Mary Griggs Burke Foundation; and the Friends of the Freer|Sackler. Additional support for the exhibition publication is provided by the Barr Ferree Foundation Fund for Publications, Department of Art and Archaeology, Princeton University.

The exhibition at Princeton has been made possible by generous support from the E. Rhodes and Leona B. Carpenter Foundation; the National Endowment for the Arts; Christopher E. Olofson, Class of 1992; and the Allen R. Adler, Class of 1967, Exhibitions Fund, with additional support from the Department of Art and Archaeology, and the P.Y. and Kinmay W. Tang Center for East Asian Art, Princeton University.  Further support has been provided by the New Jersey State Council on the Arts/Department of State, a Partner Agency of the National Endowment for the Arts; and the Partners and Friends of the Princeton University Art Museum. The exhibition brochure is made possible through the support of the Parnassus Foundation, courtesy of Jane and Raphael Bernstein. 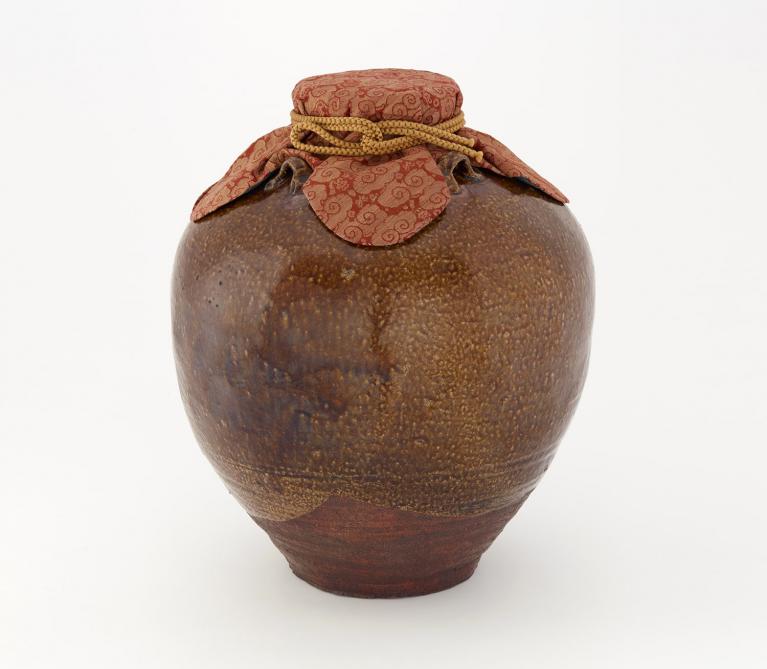 This exhibition features an extraordinary tea-leaf storage jar named Chigusa, which though made in China in the late thirteenth or fourteenth century, spent the next seven hundred years in Japan, where it acquired the multiple dimensions of its significance—its profoundly practical use as a jar for storing tea leaves, its great prestige and value as a Chinese jar, karamono chatsubo, and its individual name chosen from court poetry. Chigusa’s name, which distinguishes it from all other tea jars, enables us to trace its documentation across the centuries, and its status as an unrivaled object within the Japanese tea tradition.

Centering on this single object, the exhibition will explore the ways of appreciating, displaying, using, and documenting this prestigious Chinese antique turned tea jar. Through the example of Chigusa this exhibition will, for the first time in an American museum context, reveal how tea practice in Japan created a performative culture of seeing, using, and ascribing meaning to objects.

The related symposium, “Contextualizing Chigusa: The Arts in and around Tea in Sixteenth-century Japan,” will gather major international scholars to present original research on areas of Japanese art that intersect with the world of Chigusa, including painting, calligraphy, ceramics and textiles. To be held at Princeton University on November 7-8, 2014, the symposium is jointly organized by the P.Y. and Kinmay W. Tang Center for East Asian Art and the Department of Art and Archaeology. 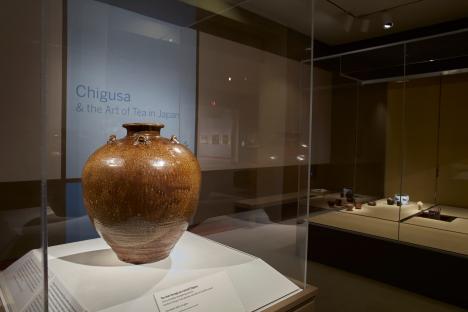