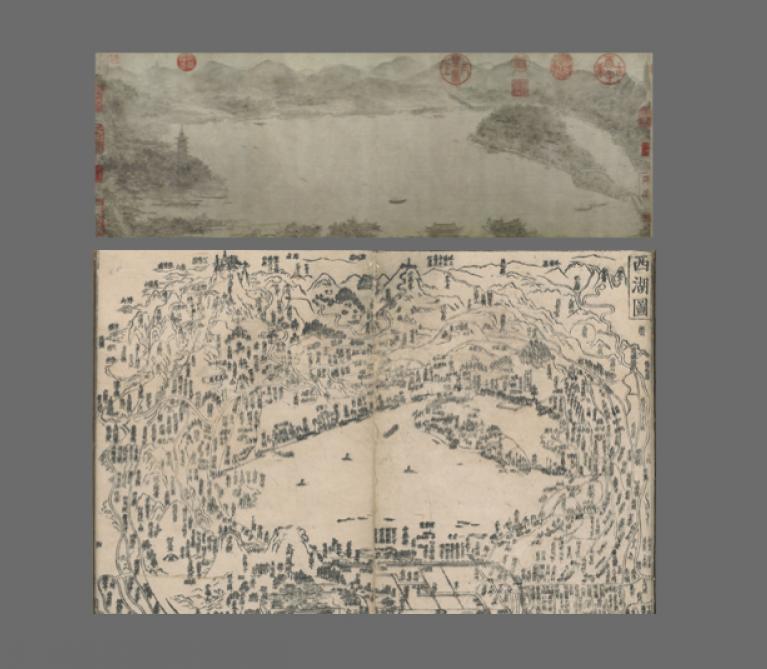 Please register in advance for this Zoom meeting.

Picturing West Lake explores how a pictorial tradition in the representation of an iconic place was emplaced, fashioned, refashioned, transmuted and transmitted over time to convey cultural value, historical memory, political ideology, and artistic expression.

Adjacent to the historically affluent city of Hangzhou in Zhejiang province and long celebrated for its natural beauty, West Lake became iconized for its singular role in the expression of art and culture with the establishment of Lin’an (Hangzhou) as the capital for the latter half of the Song dynasty (1127-1279). By the thirteenth century, a unique visual paradigm had evolved and over time the representation of West Lake in words and images proliferated as it was immortalized as a site of memory and culture. This reached an apogee during the eighteenth century of the Qing dynasty, when the representation of the place witnessed a renaissance in myriad forms and media of artistic production.

In my pursuit of the study of West Lake and its visual representation over time, some essential inquires have arisen. Looking beyond its physical charm, what factors were at play to make West Lake a unique cultural space and a locus in the representation of famous place? How was the representational paradigm in the visual depiction of the place established and how was the place iconized to become a site of memory after the downfall of the Southern Song? What insight can an investigation of the evolution of a single site through history – such as its changing representational status in mapped or painted media – provide? How are the salient features of a Chinese famous place like West Lake revealed, represented, emplaced, and “re-implaced” to become iconic? And lastly, how and why could a sustained mode in the pictorial representation of West Lake so prominently persist in the collective Chinese imagination for over six hundred years and beyond?

Focusing on the two quintessential visual modes in the representation of a Chinese place, linear/planimetric maps, tu圖, and painterly/lyrical paintings, hua畫, this talk is an attempt to address some of these inquires. At the same time, I hope to demonstrate the uniqueness of West Lake as a microcosmic site in a multifaceted cultural discourse involved with the poetics of representing place. 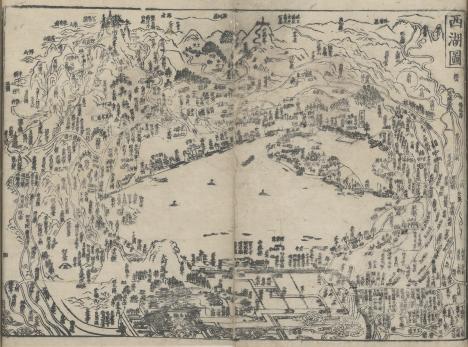