Ways of Knowing and Re-Creating Dunhuang

“Sacred Caves of the Silk Road: Ways of Knowing and Re-creating Dunhuang” has been made possible by generous lead support from the Dunhuang Foundation. Additional support has been provided by the John B. Elliott, Class of 1951, Fund for Asian Art; Nancy C. Lee; Amy and Robert L. Poster, Class of 1962; and an anonymous donor from the Class of 1978. 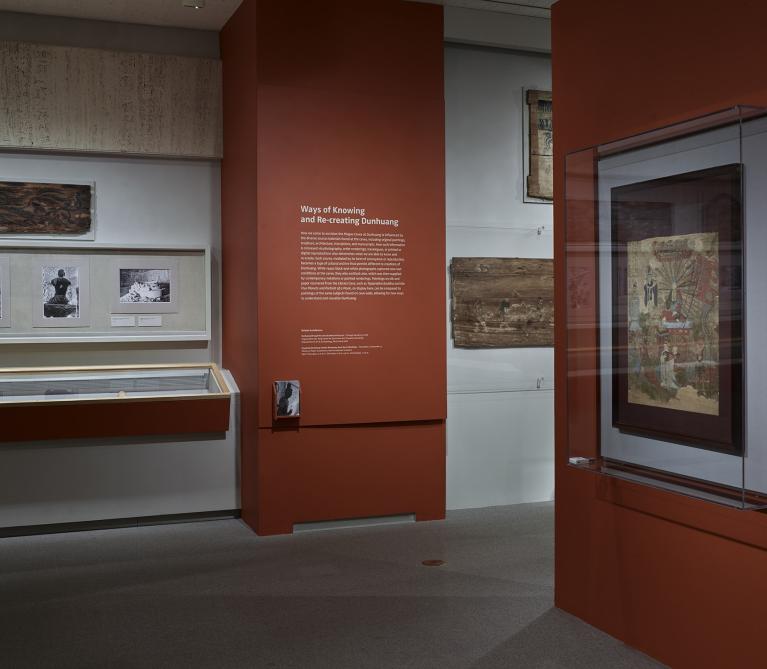 A sacred complex of more than seven hundred primarily Buddhist cave-grottoes located in the western province of Gansu near the city of Dunhuang preserves an astonishing trove of early styles and periods of art that rarely survive elsewhere in China. Strategically located at the crossroads of the northern and southern routes of the ancient Silk Road, the caves were built and rebuilt over the course of a millennium beginning in the mid-fourth century. They were filled with brilliantly colored paintings and sculptures that covered the walls, ceilings, and floors. The physical site and its artistic riches reveal shifting artistic influences and ritual practices, attesting to a long and varied history of political, religious, and private patronage as well as local, court, and foreign military protection.

“Sacred Caves of the Silk Road: Ways of Knowing and Recreating Dunhuang” brings together paintings, calligraphy, and sculpture discovered at Dunhuang along with travelogues, early photo archives, present-day photos, and artist renderings and copies. Each source forms a kind of cultural archive that emphasizes certain types of information while omitting others. Independently or in combination, these archives permit different recreations of how the art of Dunhuang may be seen and understood. The exhibition will feature Dunhuang objects from the Princeton University Art Museum and from Princeton’s East Asian Library as well as two paintings on loan from the British Museum.